Greedy for the Red Skull

"They call him the leader of the west, an extremely influential broker in the underworld, and leader of one of the Five Families of the West."
—Kaguya Mitsuki describing Tabart.

Benjamin Tabart (ベンジャミン タバート, Benjamin Tabaato), also known as Red Skull (レッドスカル Reddosukaru), is a rookie pirate and captain of the (Some Cool Name Pirates), currently sailing in the West Blue. Born to an infamous mafia group, Tabart showed signs of leadership at a young age, commanding a few other kids to burn down a school when he was younger than ten. This violent behavior was the norm for his family's reputation, and a young Tabart was praised for committing evil deeds.

Tabart's dad died in an "accident" a little over ten years ago and Tabart was appointed as the new leader of his dad's mafia group after taking control over the chaos. Without a leader, the group was split and in the chaos of who should be the next leader, Tabart's mom died as well. Later on, it was revealed that Tabart was the one who killed his paps and arranged his mom's death. This incident made him famous and gave him the name Greed (グリード Guriddo).

Physically wise, Tabart is nothing too impressive, and other rookie pirates like Akira or Jyuu would be considered physically stronger then Tabart. He is stronger than the average human but mostly relies on his intelligence or devil fruit in combat, and his physical strength is not a concern to him anyway. His height as well is nothing too impressive, standing at 187.96cm (6'2"), short compared to his fellow rookies. Strangely enough, he doesn't have any scars or permanent wounds from his previous battles, mostly because his enemy was unable to lay a scratch on him, and his usage of his devil fruit makes it very hard for him to get damaged. 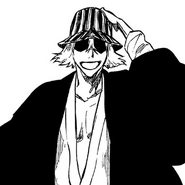 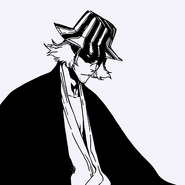 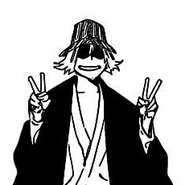 "He's greedy, cunning, and evil. He only thinks about himself and no other, not even his family. Although, he does make a good apple pie."
—Henry Avery describing Tabart.

Greedy for the Red Skull